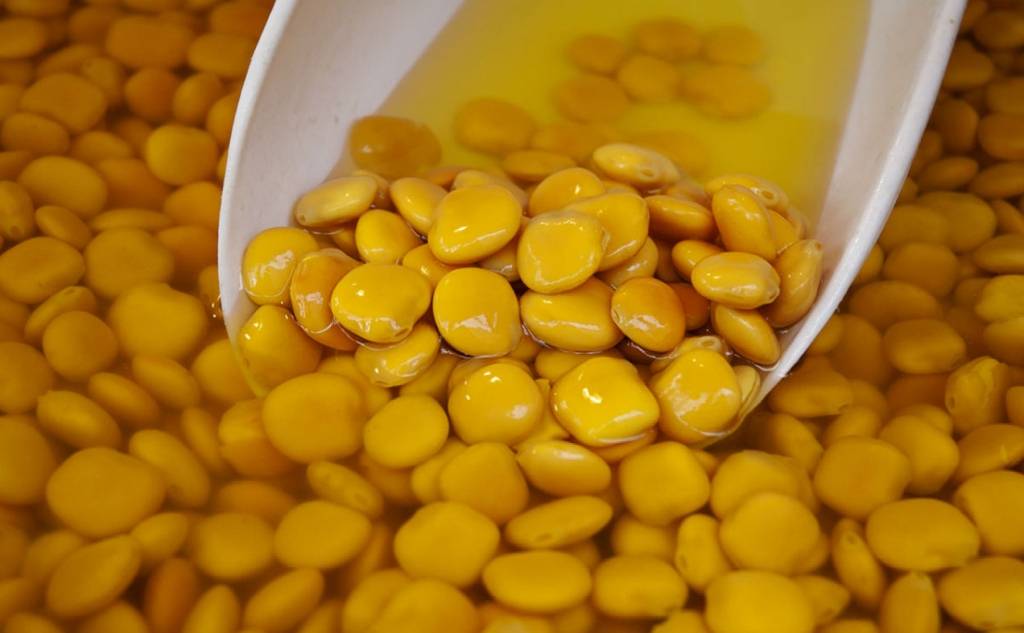 The former food of the poor, rich in protein which often replaces the products of soya. They were sowed without needing plowing. They were so bitter that birds could not eat them. In order to become sweet they had to be boiled in sea water inside cauldrons, known as «charania». Then they were placed inside special bags and left in the sea for 4-5 days. Finally, they put them in the sun for a few days, in order to get dry.

Lupine  were very good for goats and pigs to eat, while many people ate them instead of nuts and used to call them «raisin of Mani». Lupine were also milled, and during Occupation, people made bread out of lupine flour.