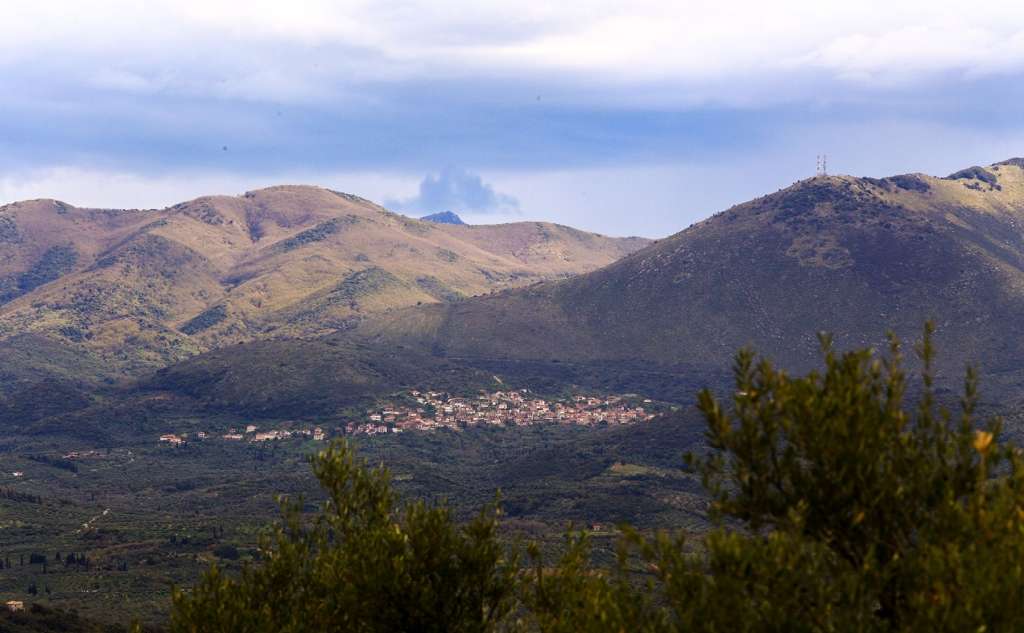 The mountain village of Kryoneri is built at an altitude of 690 metres and has approximately 30 permanent residents. It is 32 kilometres from Kyparissia and 63 kilometres from Kalamata. During the Venetian occupation, it was referred to as Sarachinada, while it was renamed Kryoneri in 1956.

The village presents a particular feature, as almost all the houses are stone-built creations of Lagada craftsmen. In fact, according to the testimonies of the residents, the oldest ones date from the beginning of the 19th century. In addition to the traditional, stone-built houses, visitors can see the church of Agios Georgios, where, above the western main door, a relief stone representation of the saint on horseback with the date 1839 is preserved. Also, the church’s bell tower is strongly reminiscent of its counterparts in the villages of Gortynia. Finally, in the village’s central square, there is the monument to commando corporal Panagiotis Giannopoulos, who fell in Cyprus.