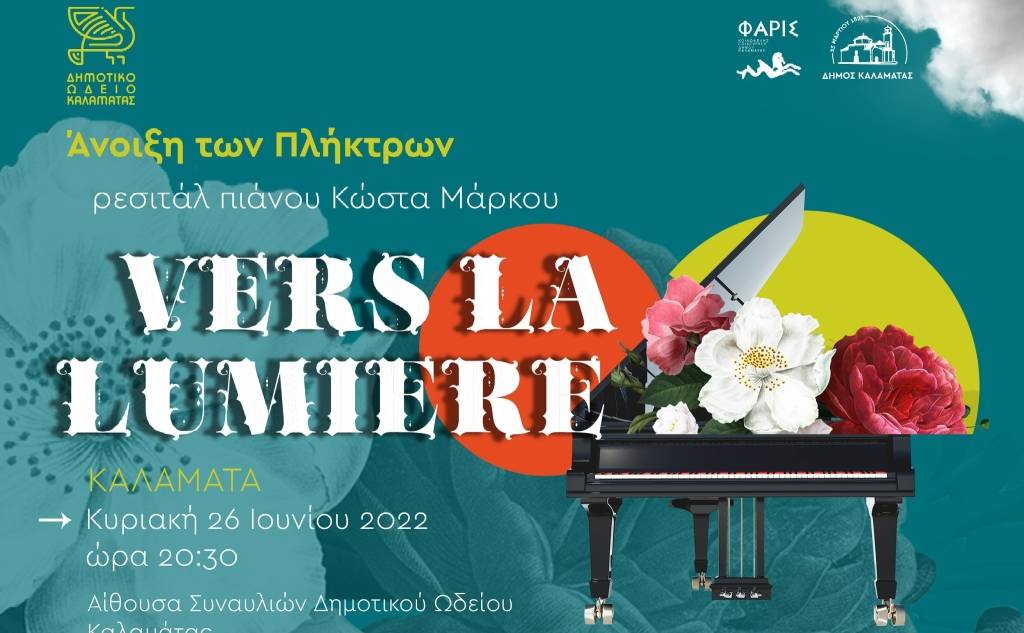 Dear friends of music and friends of the Municipal Conservatory of Kalamata, this year's cycle of "Spring of the Keys" will close with a young but promising pianist's recital, Konstantinos Markou.

Konstantinos Markou is originally from Albania and was born in Kalamata in 2004.
He started piano lessons at the age of 7. He is a final year student in Loukas Georgas' piano class at the Municipal Conservatory of Kalamata.

He was honoured with numerous awards, scholarships and honours during his studies.
Among other things, in 2021, he was honoured with the First Prize in the pan-Hellenic piano competition "Musicarte", where he was awarded a special prize entitled International Cultural Federation 21st Century for his performance.

The same year, he was awarded the Second Prize at the World Piano Competition "De Bach Au Jazz".
He has attended Alexia Mouza's Masterclasses, and for the last five years, he has been honoured with a scholarship due to his excellent performance.