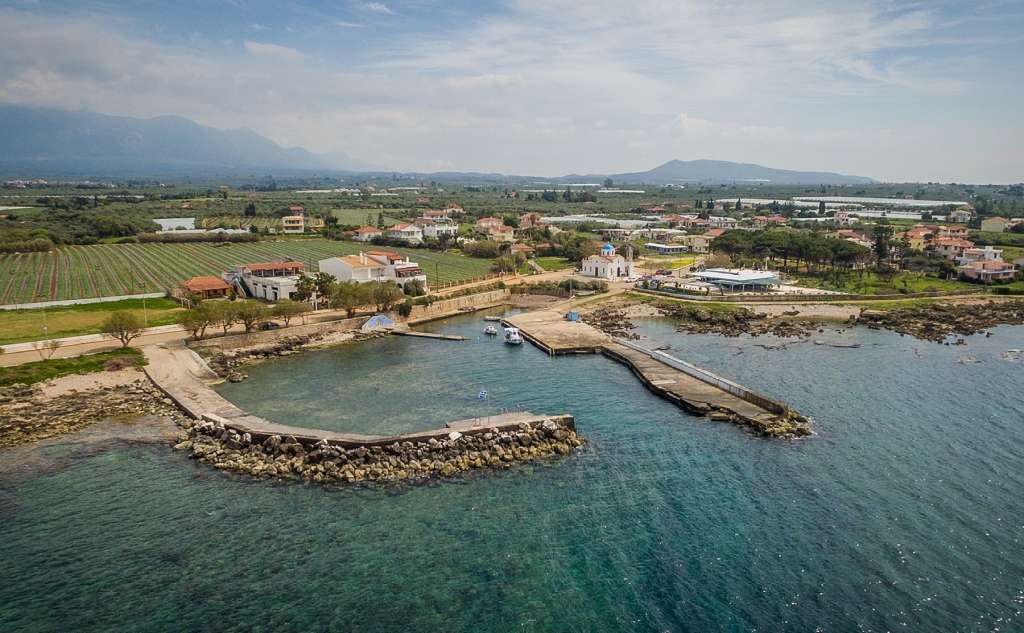 The settlement is located about 6 kilometers from Filiatra and 9 kilometers from Kyparissia. The name of the settlement is said to have come from the wild olive trees which used to grow in the area. Agrilos is a summer resort and the visitor may swim at the beautiful sandy beach. From the traces of an old cobblestone road, it seems that Agrilos had been the small port which, since the Byzantine period, served the entire area of the interior land, especially when Christianoupolis was at its peak.

Excavated tombs with special Roman mortar testify that the area was inhabited in Roman times. The settlement was completely destroyed by the earthquake of 1886.

Agrilos is dominated by the church of “Panagia Agriliotissa”, with the sky-blue dome, which according to local tradition was built during the 13th century on the ruins of an ancient temple, which was possibly dedicated to Artemis. The church suffered significant damage during Ibrahim’s military campaign in the Peloponnese, in 1825, and it was restored a bit later by a monk called Parthenios.

MYTHS AND STORIES OF THE REGION

INVEST IN THE AREA