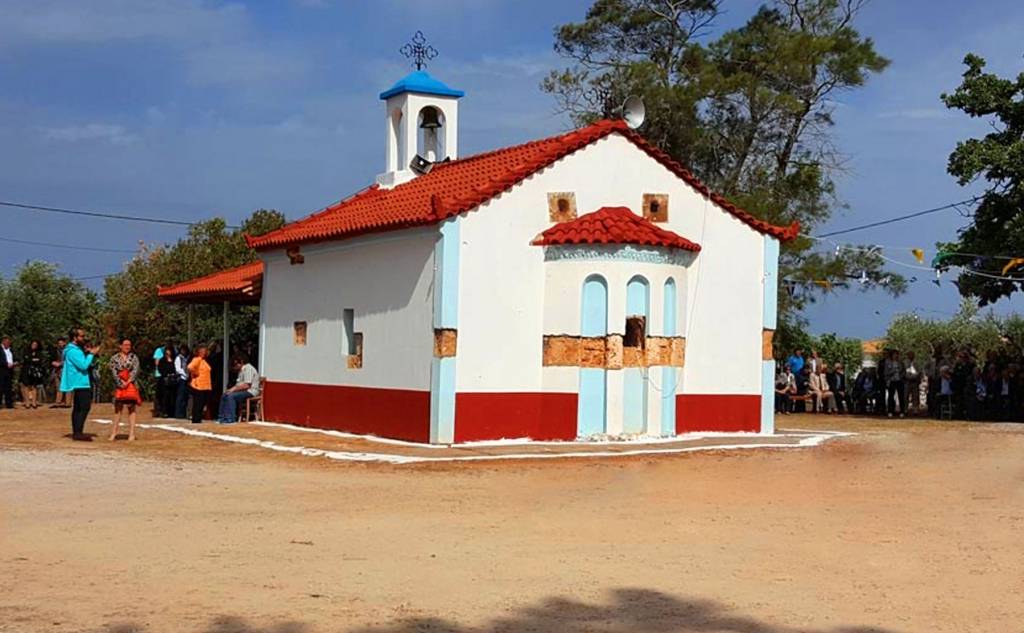 Durinfg the ottoman empire every year at the feast of St. George, in the historic chapel of the village, were held horse races (with the excuse/pretext of Saint's depiction on horseback killing the dragon).

In those horse races,a young man named Panagos Lelonis,from Filiatra decided to attend and as it later resulted he had no opponent on the horse. Every year he was the winner, as the Turks were beginning to resent seeing the young man from Filiatra be converted to some kind of local hero.

The turks decided to put fear in Lelonis,warning him that if he ever took part in the games again,they would have killed him. Lelonis,though, did not hesitate even for a single moment, In the day of the Games he arrived at the chapel of St. George on his horse and despite the obstacles of the Turks, he defeated them once again.

The Turks were furious and with some silly pretexts arrested  Lelonis, sentencing him in death by hunging from the oak tree outside the chapel. During the execution, the fiancee of Lelonis ,Krinio ,rode up on a horse, after stealing a sword from a turk, cutting the rope around his neck and then fled together.

In the memory of this beloved couple,each year,while celebrating Greece’s independence,a horse race, "Lelonia" ,is reviving with the participation of local horsemen from the surrounding area.

The Castle of Fairytales

Temple of the Transfiguration of the Savior (Christianoi)