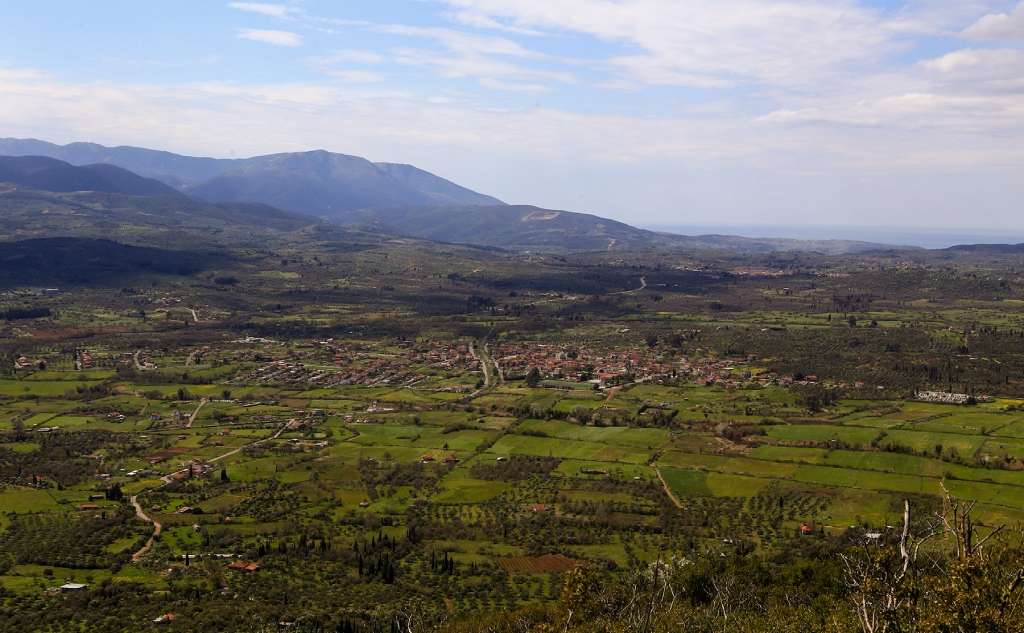 The big village (kefalochori) of Dorio is built at 200 metres and has approximately 850 permanent residents. It is 22 kilometres from Kyparissia and 47 kilometres from Kalamata, while it is very close to Kopanaki (with the well-known Sunday market). More specifically, the village is located on the Tsakona - Kyparissia national road and was built in 1900 by residents of the more mountainous village of Soulima (present-day Ano Dorio). Dorio, also known as Kato Soulima, was inhabited by Arvanites in the 14th century, like almost all the villages in the area called Soulimochoria.

The name of the village is due to the ancient city of Dorio. The first mention of Dorio is in Homer's Iliad (Rhapsody II, st. 591-602), where it is mentioned with other cities that made up the territory of Gerinios Nestor. Dorio is mentioned again by Roman writer Plinius the Elder in the fourth book of his "Natural History" (Naturalis Historia, 4. i.5.15) as well as by traveller Pausanias. The ruins that came to light in 1927 on Malthi hill (southwest of the village) by Swedish archaeologist Natan Valmin were identified with the prehistoric Dorio and the Dorio described by Pausanias. The findings and conclusions of the excavations are recorded in detail in Valmin's book-exhibition to the University of Lund, which financed the research. The book was published in 1938, in English, under the title: "The Swedish Messenian Expedition" and is in the Archaeological Society library in Athens.