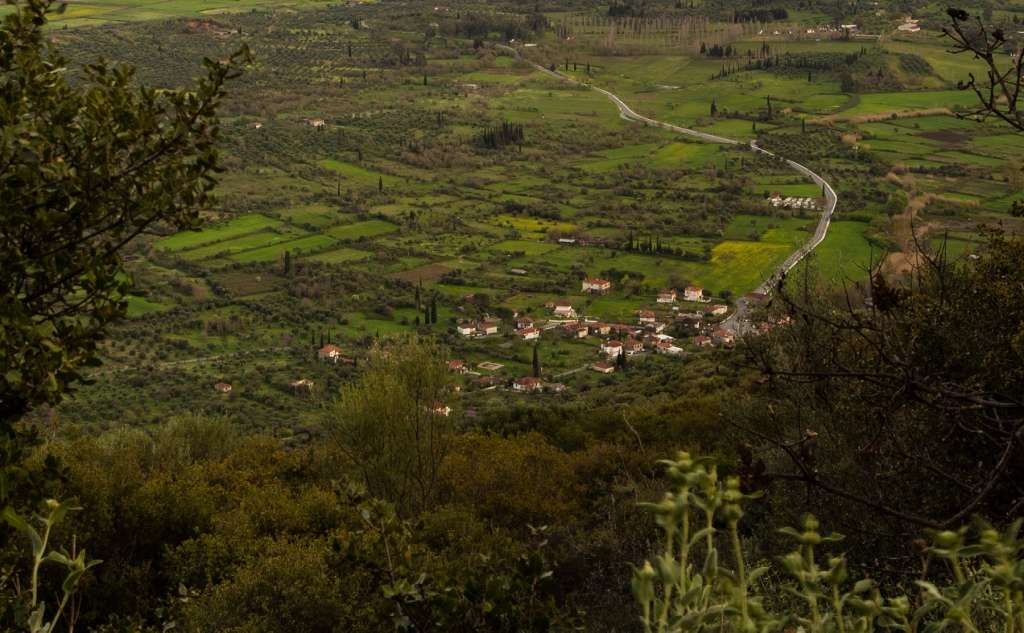 The small settlement of Agios Georgios is located at the foothills of Mount Maliza, at an altitude of 200 metres. It is 3 kilometres from Dorio and 3.5 kilometres from Kopanaki. Agios Georgios belongs to the Sulimochoria of the region, which were inhabited during the 14th century by Albanian-speaking tribes, based in today's Ano Dorio (whose older name was Sulima). At this point, we should mention that all the Soulimochoria played a critical role in the battles of the Revolution of 1821.

In the village, visitors can wander through the alleys with the stone-built houses and enjoy their coffee in the paved square with the stone fountain and the church of Agios Georgios. At a distance of only 500 metres from the village’s entrance, you can also see the ruins of the small church of Agia Eleni. Finally, to the west of Agios Georgios is the site called "Louri", where it is believed that the ancient city of Olouris was built. In fact, in the past, several fragments of broken vessels ("shells") have been found at the site.

Meeting of the carnival members at "Psarakia" on "Tsikno" (Fat) Thursday

MYTHS, STORIES & CUSTOMS OF THE REGION