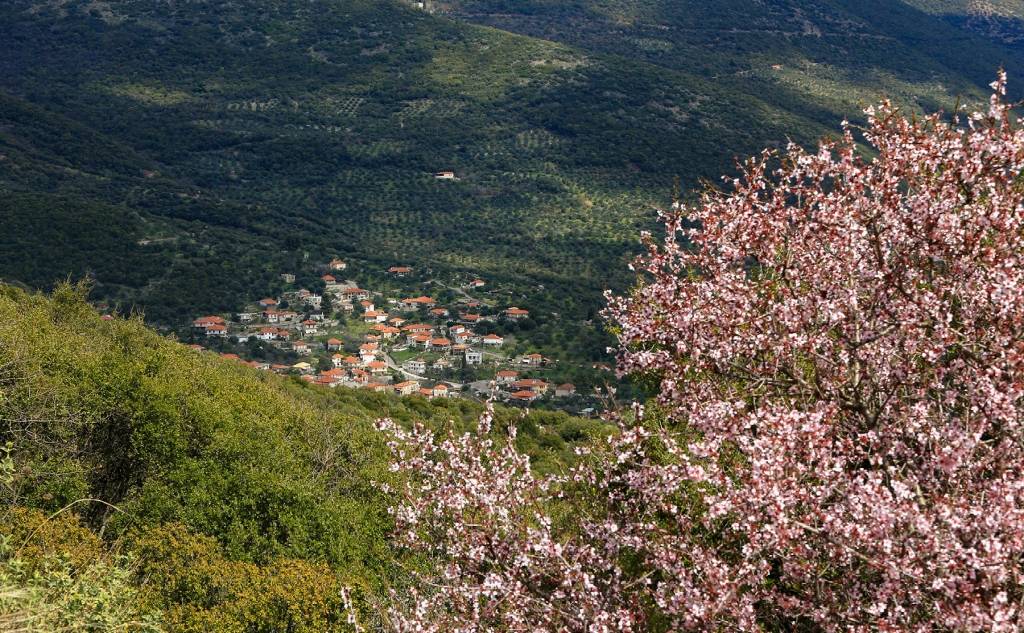 The small village of Chrysochori is built in a fertile valley with olive groves and fruit trees. It is 7 kilometres from Dorio, 54 kilometres from Kalamata and has approximately 280 permanent residents. Chrysochori is one of the Arvanitochoria (Arvanites villages) of Messenia built in the 14th century by Albanian-speaking Christians of Epirus. The old name of the village was "Vlaka", probably derived from the Arvanite word "vliake", which means "moisture of the earth". The village was renamed Chrysochori in 1907.

The small Plesios stream crosses Chrysochori, and an old stone bridge joins the two settlements of the village. Visitors can see the characteristic houses built with white stones and tiled roofs, while the Agios Dimitrios church dominates the village centre.