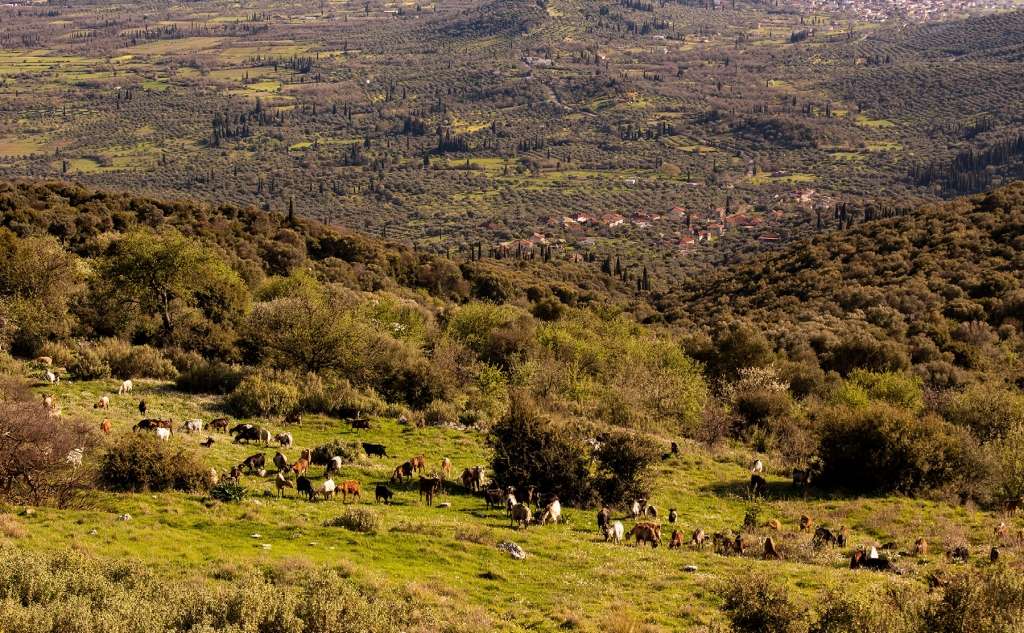 Rizochori is built at an altitude of 260 metres at the foothills of the mountain close to Kopanaki, from which it is only 3.5 kilometres away. It is also 13 kilometres from Kyparissia. It has approximately 60 permanent residents. Until 1940, the village was called Lapi, and it was renamed Rizochori since it was built at the "roots" of the mountain.

Lapi was settled at the end of the 14th century, mainly by Arvanites. According to local tradition, the village’s original name came from the Lapides (probably from the name of their leader Lapis). Initially, the village was built on the mountainside, in a privileged defensive position at the "Kourora" or "Krora" location. The village was destroyed by the Turks twice, in 1647 and 1769. In its new location, it was built after its second destruction. However, the ruins of the houses and the church still stand out at the village’s old location.

During the Turkish occupation, the village remained free, while on April 22nd, 1827, the Battle of Lapi took place. During the battle, the village and the broader area inhabitants repelled Ibrahim Pasha’s attack. The battle lasted about seven hours, and in it, seven Lapa fighters lost their lives. In memory of the fallen, a monument with a large cross has been erected at the "Kourora" location on top of the mountain. Every year, the village's residents hold a memorial and wreath-laying ceremony at the site.

In Rizochori, visitors can see the traditional houses and the Byzantine cemetery church of Agios Nikolaos, which dates back to the late 10th-early 11th century. The chapel of Panagia, located in Ano Lapi, is also essential.

MYTHS, STORIES & CUSTOMS OF THE REGION