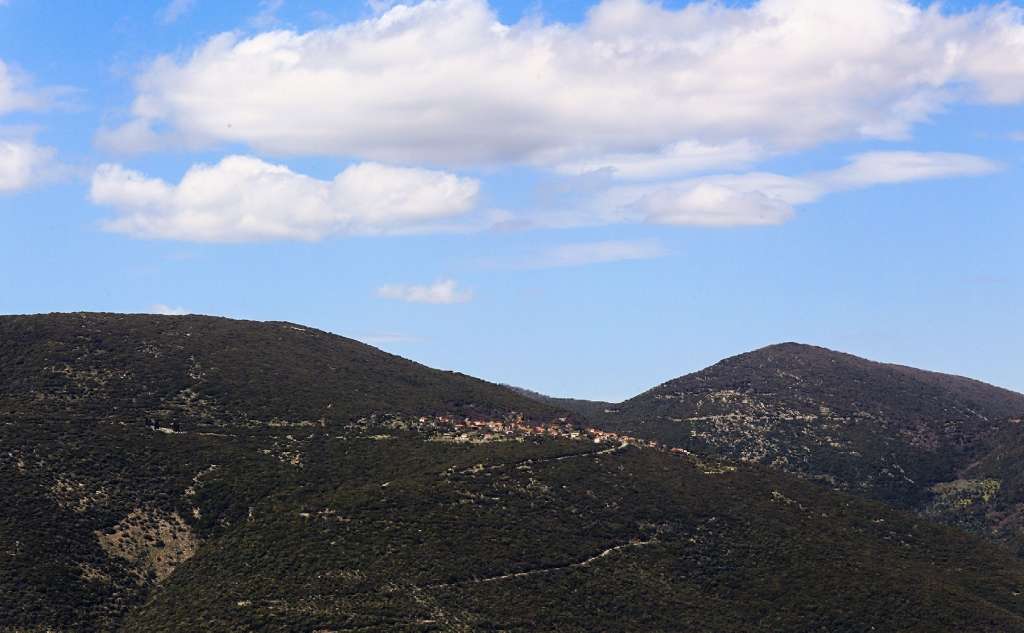 The village of Ano Dorio is built at an altitude of 600 metres. It is 53 kilometres from Kalamata and has approximately 100 permanent residents. Until 1912, the village was called Soulima, and until 1927, Ano Soulima (Lower Soulima was called the village of Dorio) by the Souliotes (Souli residents) who had settled here from northern Epirus. The name of the village comes from the local word ("sull i madh"), which means "Souli the high" in the Triphylian dialect of Arvanitika.

The inhabitants of Ano Dorio, led by priest and member of the “Friends Society”, Dimitrios Papatsoris, and legendary Dredes, participated in the Revolution of 1821. The “Dredes” were originally forty families who, in 1380, came down from northern Epirus and settled in the mountains of Dorio and Avlona, ​​Messenia, building their villages, the Soulimochoria. From 1780 to 1821, the Dredes were integrated into the struggle of the Greek Revolution of 1821, taking part in many battles (Valtetsi, Tripolitsa, Dervenakia etc.).

At the beginning of the last century, with the arrival of the railway in the area, the village’s inhabitants built Kato Soulima - today's Dorio. In Ano Dorio, within the park and a short distance from the church of Agios Dimitrios, visitors can see the monument of the Dredes families, an initiative of the Ano Dorio Association.