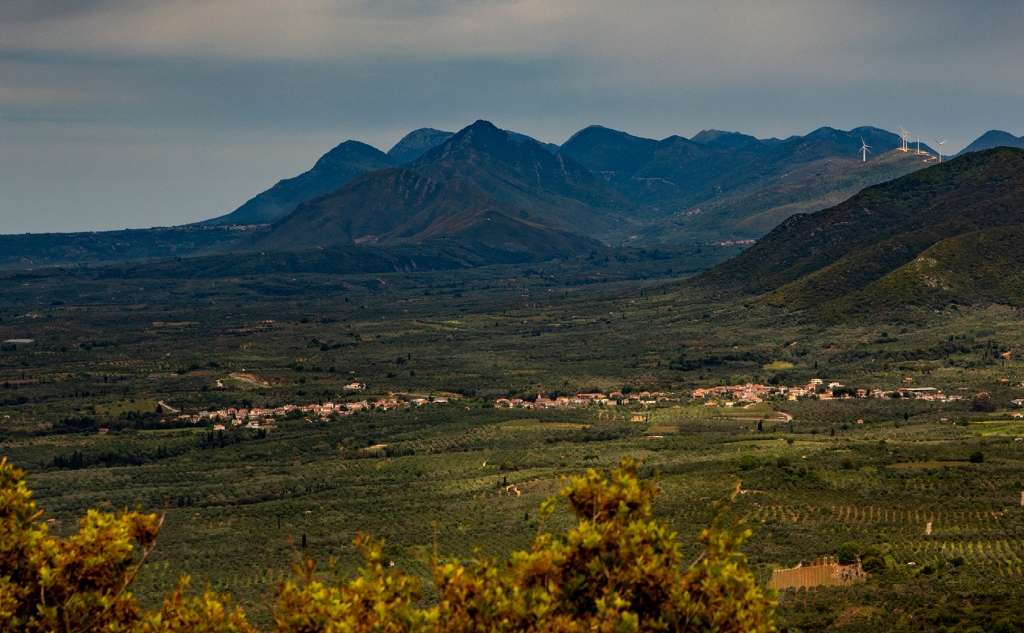 Kremmydia is located in the area of ​​Pylia and was built at an altitude of 322 metres. It is 15 kilometres from Pylos and 40 kilometres from Kalamata. It has approximately 500 permanent residents. In ancient times, it was part of Nestor's kingdom, the Kingdom of ancient Pylos, while it had a strong presence during the Second Venetian period (where it was referred to as Cremidi) and the Turkish period.

On April 7th, 1825, in Kremmydia, a battle occurred between Ibrahim’s troops, who had just invaded the Peloponnese, and the rebel Greeks led by Hydreus Kyriakos Skourtis. The Greeks were surrounded by 3,400 Egyptians and forced to retreat after losing 600 men. Every year, the anniversary of the Battle of Kremmydi is commemorated with various events by the village’s inhabitants.

The current village comes from the union of three older settlements: Velanidia, Ano Kremmydia and Kato Kremmydia. Visitors can see the traditional stone-built houses, the building of the old Primary School, as well as the Church of the Dormition of the Virgin Mary. At a distance of just one kilometre from the village, at the "Kaminia" location, there is an artificial prominence excavated by archaeologist Georgios Korres in the 1970s. The excavation revealed a burial mound of the Middle Helladic and Mycenaean eras (2200 BC-1200 BC). In the centre of the artificial pit, two burial pithos (vessel) and five small, vaulted tombs were discovered around it.

A few years ago, the only Primary School operating in the village was closed (due to a lack of students). However, in 2000, the village entered the Guinness Book of Records with the most significant percentage of science graduates. Specifically, more than 30% of the residents are graduate scientists, the majority of them doctors (about 1 in 3 residents).