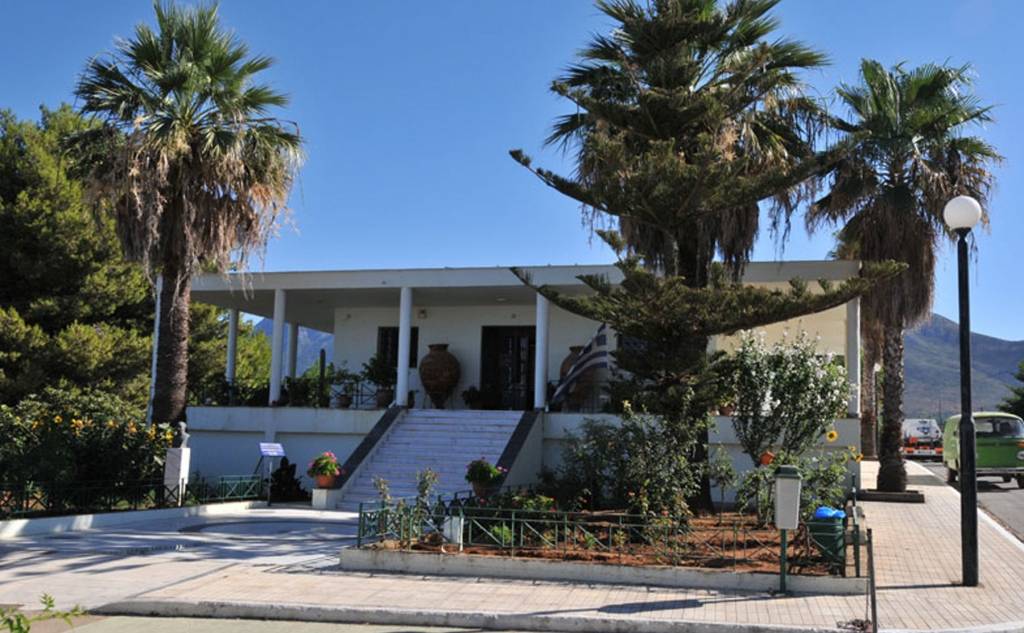 The building extends into two floors, the raised ground floor, which is the main exhibition space, and the basements, which are used as storage and study areas for the archaeological material. The exhibition space is formed of three consecutive rooms with objects dating from the Bronze Age and the Mycenaean period. Most objects are displayed after being grouped by place of origin, while some oversized findings (mainly pithos (huge jars and amphorae) stand freely in the space. The visitor is impressed by a large number of gold objects (cups and jewellery) that indicate the considerable wealth of the kingdom. The exhibits that stand out are the following:

On the sides of the external staircase that leads to the museum entrance, the visitor can see the busts of archaeologists Spyridon Marinatos and Carl Blegen, who contributed significantly to the excavations of the museum's exhibits. Also, on either side of the entrance, two oversized burial pithos from the Middle Helladic period stand, which come from the burial areas of Kokorakos Peristeria and Agios Ioannis Papoulia.

"Singing Around the Christmas Tree"