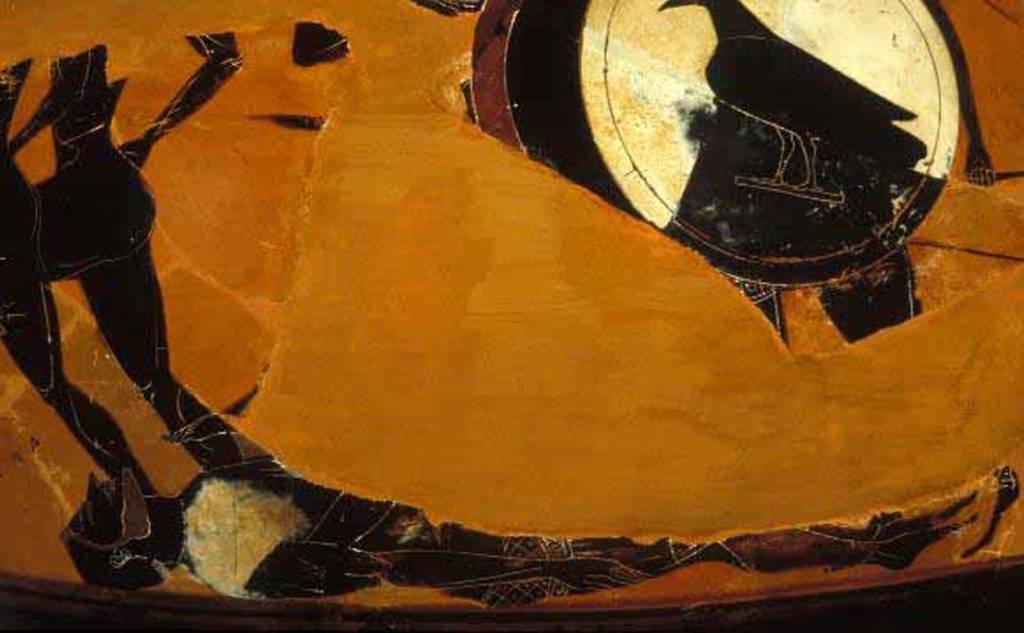 He was born by Nestor and Eurydice. He was buried together with Achilles and Patroclus. Here is the story of Antilochus, prince of Pylos, one of the heroes of the Trojan War.

Straight after his birth, Antilochus was abandoned on the Idi mountain where he was raised by a female dog. Xenophon mentions that later on he was Chiron’s student.

When the Trojan War began, Nestor did not take his son with him at the expedition, being afraid of an oracle. Antilochus’ thirst for glory, nevertheless, was so strong that he went in Troy during the fifth year of the war, where he distinguished himself for his courage and bravery in the battlefield. He became, indeed, one of the most loyal friends of Achilles and Patroclus. By this quality, he undertook the heavy duty of announcing to Achilles the death of their friend.

During a battle that followed, a horse from Nestor’s chariot was killed by the Trojans and the chariot was immobilized. Memnon, an awesome warrior of Troy, saw the opportunity of killing Nestor, and he wouldn’t let go. It was then that Antilochus, at a moment of self-sacrifice, in order to save his father, fell among them, and died by Memnon’s sword. Achilles who saw the whole scene, rushed and killed Memnon taking revenge for his friend.

With the end of the Trojan War, the three heroes, Achilles, Antilochus and Patroclus were buried together at the cape of Siegos. Homer, in Odyssey,  mentions the three heroes and how Odysseus met them down in Hades where they were still together.