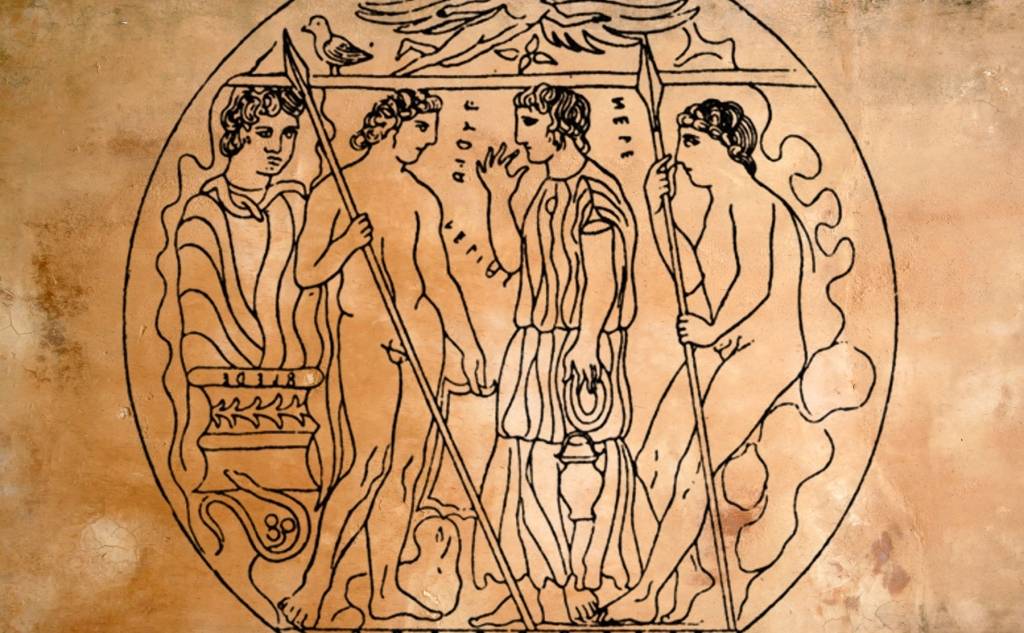 The royal dynasty of Pylos, like so many other royal houses of the Mycenaean period, had its own founding myths that were associated with divine ancestors.

The patriarch of the Neleides dynasty was Neleas, son of Poseidon and Tyros, wife of King Cretheus, and founder of Iolcus. Poseidon deceived Tyro by taking the form of the Enipea river, with which Tyro was secretly in love. From their union, Tyro gave birth to twins, Neleas and Pelias, who were abandoned immediately so that her king-husband would not find out.

FROM IOLCUS TO PYLOS

Pelias, growing up, usurped his father's throne and banished his brother.

Neleas then fled to Messinia and founded Pylos. He married Flora, Princess of Epies and daughter of Amphion, with whom he had a daughter and many sons, including Nestor.

Everything was perfect for the House of Neleides until the moment in front of Nelea came to Hercules, asking him to purify him from the murder he committed with Ifitos as the victim.

Neleas refused, and enraged Hercules killed the King of Pylos and 11 of his sons.

Another version says that hunted Neleas fled to Corinth, where he eventually died. Heracleidaes, in turn, pursued the Sons of Neleas, known as Neleides.

Nestor was the only one who escaped the persecution of Herakleidaes after being in Gerene, as later he acquired the nickname 'Gerinios.'

Nestor ascended to the throne of Pylos, and the way he ruled gave him the nickname 'The Wise King'.

The palace of the mythical King of Pylos, Nestor

The house of Neleides. The beginning and end of the mythical founder of Pylos, Neleas.