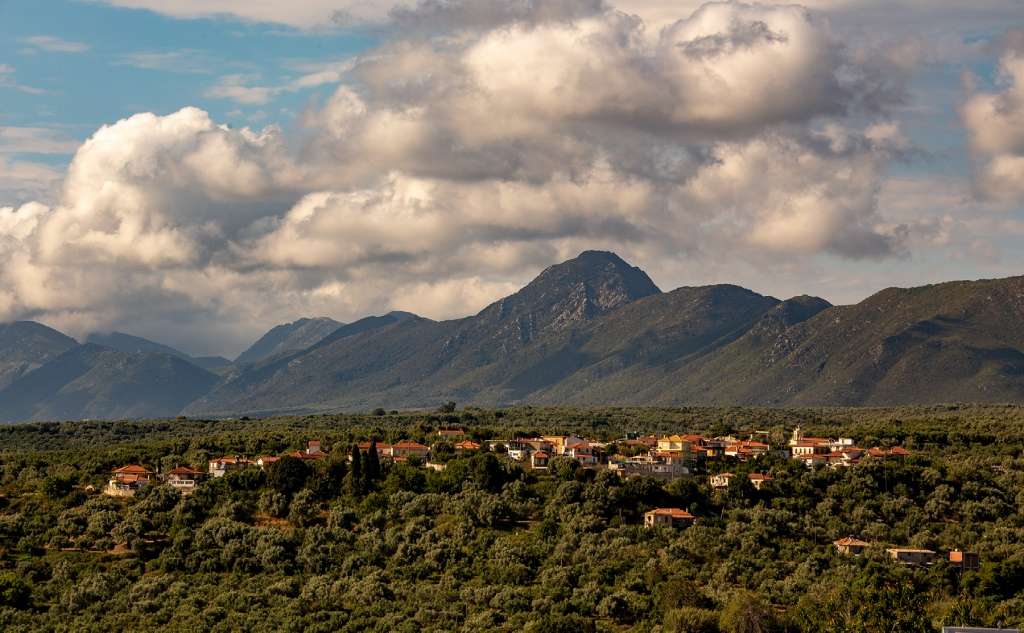 The semi-mountainous village of Myrsinochori, formerly Pispisia, is 7 kilometres from Chora. In ancient times, the settlement area was part of Nestor’s kingdom of ancient Pylos, while during the Second Venetian period, it was referred to as Pispirsa.

In the village, visitors can wander through the small streets with traditional houses and the old Primary School. The church of the village is the church of Agios Georgios. Every year, on June 24th, a great festival is held in honour of Saint John of Riga, with local delicacies, boiled goat and soup.

At a distance of 2 kilometres from the village, at the Routsi location, is the archaeological site of Myrsinochorio, where, in the 1950s, excavations were carried out by Spyridon Marinatos and then, in 1970, by Georgios Korres. The excavations brought to light mounds of the Middle Helladic era (2200 BC-1600 BC), which contained burial pithos (jars). Two vaulted tombs from the Mycenaean period (1600 BC-1100 BC), which probably contained burials of local officials, were also excavated. One of the two vaulted tombs with impressive findings, such as swords and manuals with leather sheaths, seal stones and one of the largest surviving Mycenaean swords, was untouched.

SIGHTS IN THE REGION OF MYRSINOCHORI

"Singing Around the Christmas Tree"

MYTHS, STORIES & CUSTOMS OF THE REGION OF MYRSINOCHORI

BUSINESSES THAT OPERATE AT MYRSINOCHORI

BUSINESSES THAT OPERATE NEARBY AT MYRSINOCHORI