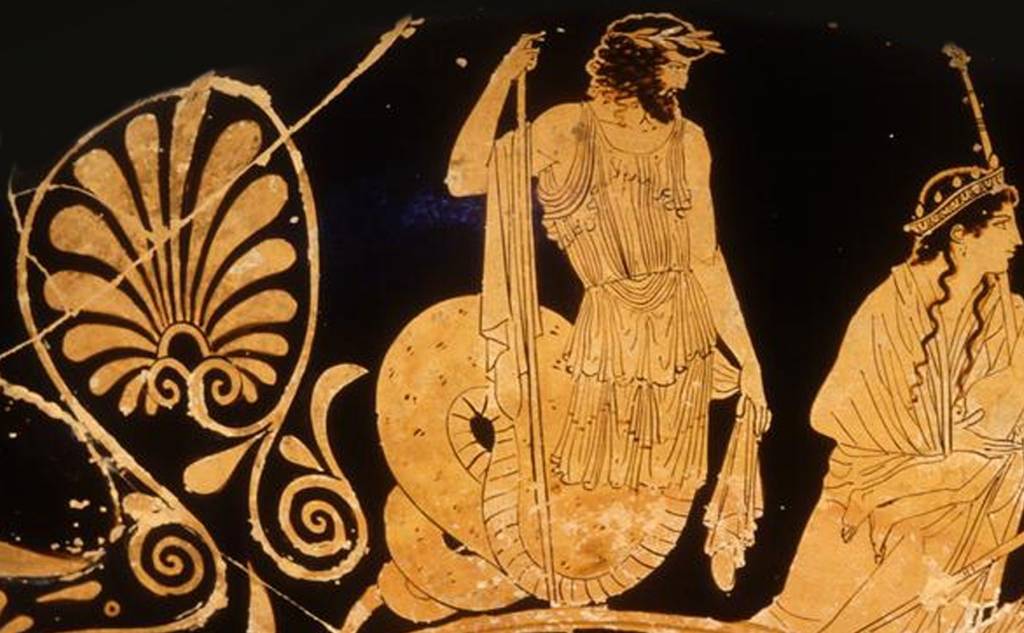 The name "Proteus" is an ancient word meaning "first", "primitive" and " "primordial/firstborn ".

Proteus is a first form of matter which successively transforms and creates all the other forms which constitute the world. It is the original substance, with the various versions of it,built parts of the universe, it is the "first" demon.

This explains why the ancients often attributed to him taking any form he wanted.

Proteus lived peacefully in his kingdom, until a tragic incident shook him well. While Hercules was there, he challenged the two sons of Proteus,Polygonus and Telegonus and fought a duel with them, ending in killing them both. The King didn't survive all that sadness and fell in the sea. The gods sympathized with  Proteus and made him an immortal god of the waters,who later became familiar to several cultures,changing his shape in various forms of marine monsters.

Many people believe that the island First, to the west of Messenia, owes its name to the mythical Proteus. And not for nothing, since the shape of it looks like some kind of sea monster resting in the waters of the Ionian sea.

Many people believe that Proti Island, to the west of Messenia, owes its name indeed to the mythical Proteus, while for the sake of that story,looking at the Proti Island you 'may' see the shape of some kind of sea monster resting in the waters of the Ionian sea.