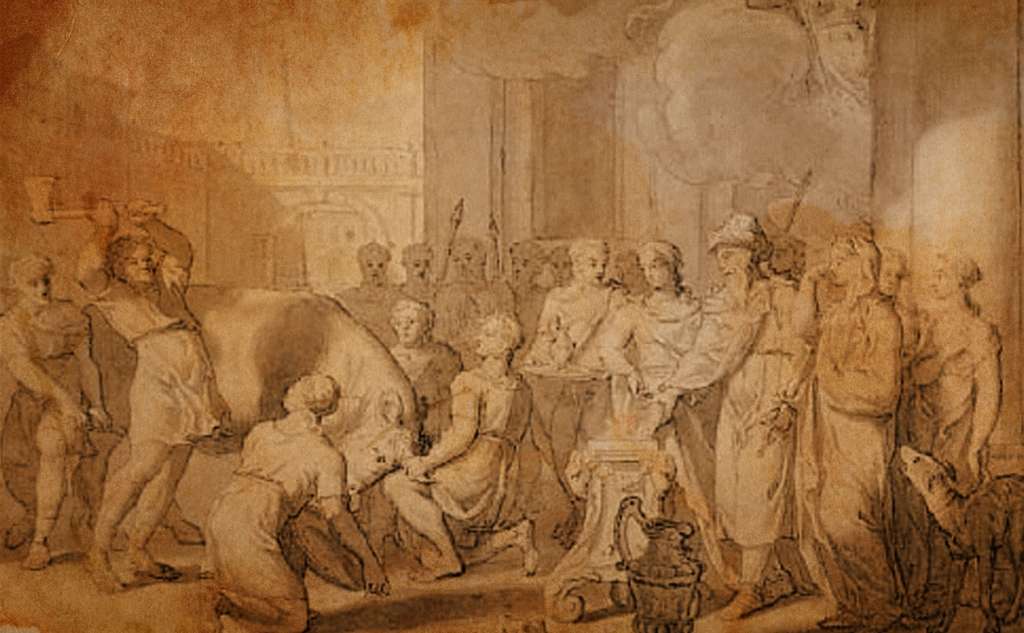 Thrasimidis was one of the sons of king Nestor of Pylos. His mother was Eurydice.

His name was synonymous to his abilities,derived from the words in bold ( θρασύς (Thrasis-Courageous) and  (μήδομαι-Midomai- I think). Mentioned in  both the homeric epics as a warrior of great bravery and skill.

Thrasimidis followed his father and his brother Antilochus, in the campaign against Troy where he had the responsibility of 15 ships. He took part in many battles of the Trojan War with the most important maybe being,the battle around the body of Antilochus, where he faced Memnon.

The prince Thrasimidis was one of the few who got inside the Trojan Horse and after the fall of Troy he returned safe to his home Pylos.

With time passing by,Thrasimidis along with his father welcomed in Voidokilia Telemachus,  the son of Odysseus.

It is believed that the Mycenaean chamber tomb, which is located on the north hill of the beach is Actually Belong In his memory.