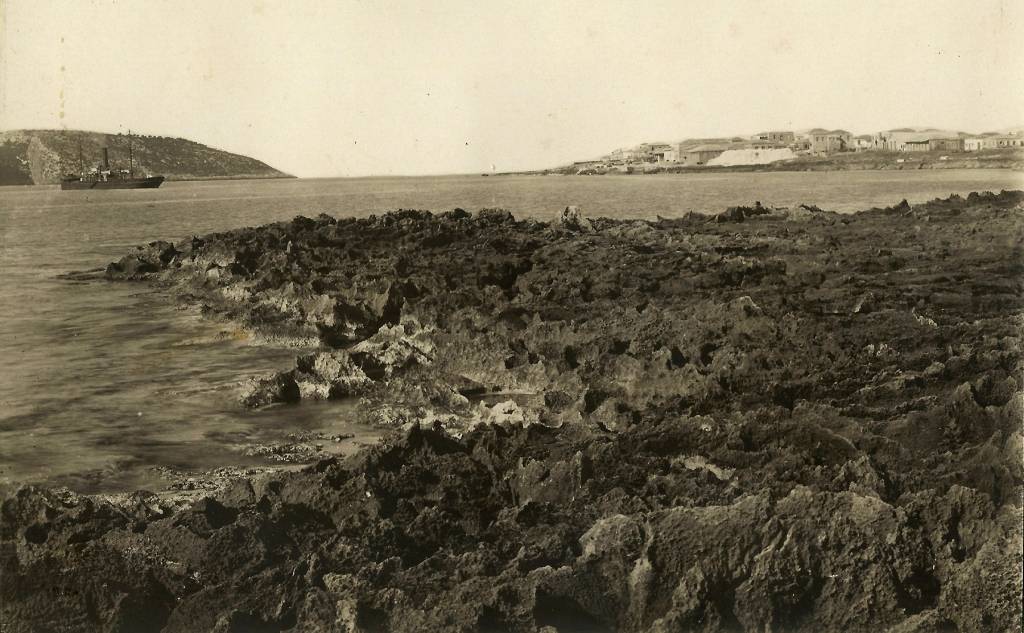 The Port of Marathos. On the left, you can see a ship carrying raisins. Raisins were the main source of income in the region at that time.

The photo was taken in 1932 by 'Sultan Abdul Hamid's Chief photographer', Ali Sami Bey who in those years maintained a photographic workshop in Gargaliani. The photo was found in an album entitled 'Photo Album of Trifylia', which as far as we know, is the only one that was rescued.