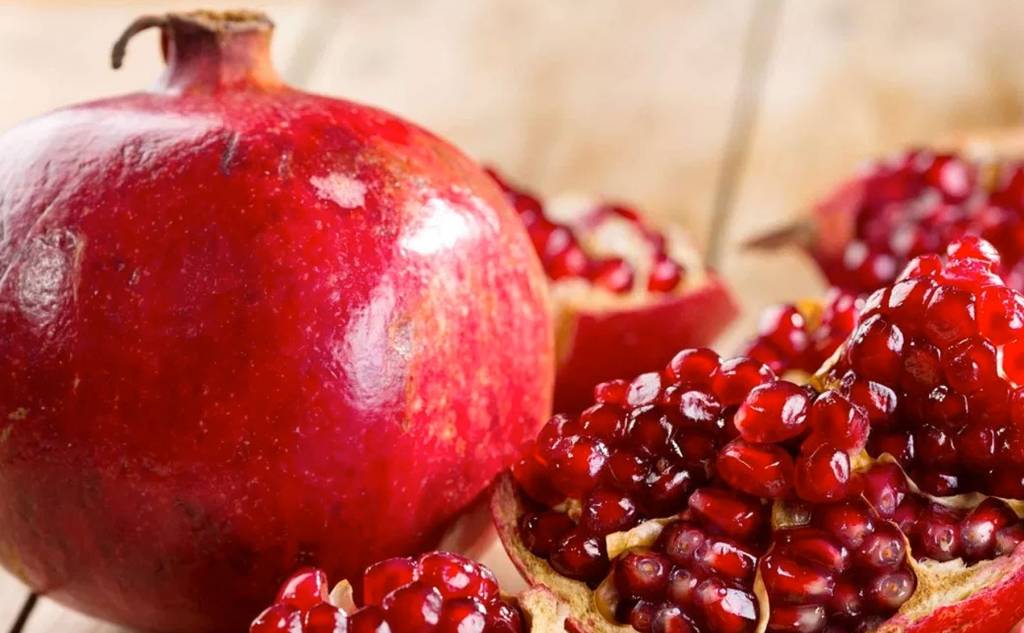 The pomegranate is considered to be a fruit symbol of abundance, fertility, good fortune and wealth. It was one of the seven objects that Hierophant showed to those who were to be initiated in the Eleusinian Mysteries, while Pausanias states: "For the pomegranate, I must say nothing, because its history is a sacred mystery."

It is not accidental that it traditionally has such a significant role on the first day of the year in Messinia.

On the morning of the first day of the New Year, the family goes to church and the father of the family keeps a pomegranate in his pocket during the mass so that it will be blessed.

On getting back home, he must ring the doorbell - he must not open it himself with his key – in order to be the first one who will enter his house for good luck, with the pomegranate in hand.

Coming in, with his right hand, he must forcefully throw the pomegranate on the floor to break it so as its content (seeds) is spread everywhere and at the same time he says: "May the New Year be filled with health, happiness and joy. We wish that our pockets will be full of pounds, as many as the seeds of the pomegranate. "

The children gathered around look at the seeds to find out if they are crisp and reddish. The stronger and more beautiful are the seeds, the happier and more blessed the days of the New Year will be.

The Wedding of Koutroulis..