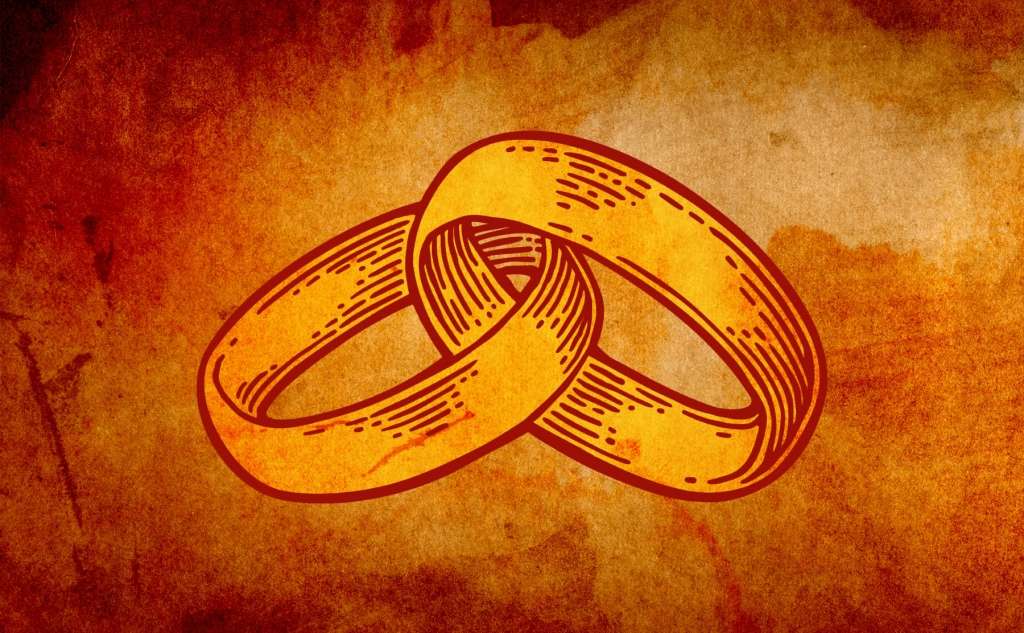 "It was like the marriage of Koutroulis "we are used to say when it comes to noisy-wealthy gathering, though to have a clear idea about what really happened and this marriage is until today one of the most famous ever, we have to go back  in the medieval Methoni.

At that time a knight known as John Koutroulis fell in love with a married woman, which was a big scandal for the small local community of Methoni which became even bigger when the woman run away from home, to live with her beloved, Koutroulis.

Her husband, however, didn't give her a divorce  wanting to get revenge.(Note that while living in this era a woman didn't have the right to ask and a divorce  which was almost impossible to get while only the Pope could resolve a catholic wedding.) The church saw the illegal pair and excommunicated the woman (only the woman after... all it was a Medieval period ).

The years were passing by and the love of the couple was unconditional.

Koutroulis was tormented at the thought that because of him his beloved had been discredited. He wanted more than anything to regain society's respect for her but the refusal of the church was his great problem,since the marriage was not formally dissolved.

Koutroulis waited 17 years for this notorious divorce and in May of 1394 his beloved woman asked her self for the intervention of the Patriarch Anthony Iv. The marriage was considered dissolved and the bishop of Methoni agreed to allow their marriage but only  could prove that  there had been no carnal relations between them for the time they she was married.

How did Koutroulis prove this is yet a big wonder,but the wedding, which was was in dispute  for 17 long years, was indeed a fact,following with what can only imagine what marriage this would have been.

It is to be said ,that every great celebration and any excessive ceremony is described as “the wedding of Koutroulis”.

The breakage of the pomegranate fruit