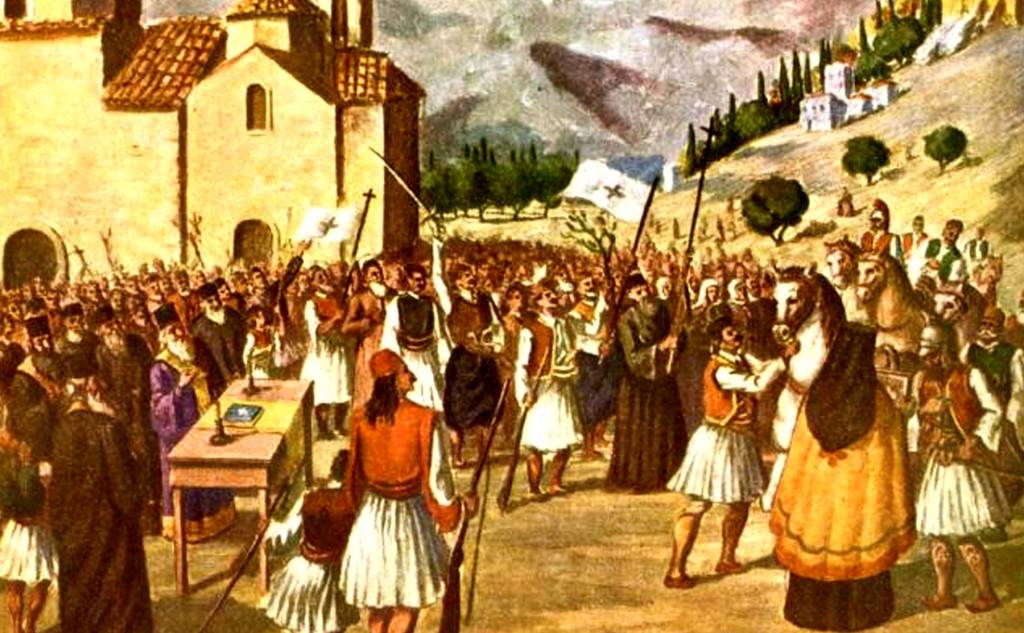 It was March 1821, and Mani was overwhelmed with turbulence. Theodoros Kolokotronis was in Kardamyli preparing for the revolution. At the same time, the members of the organization Filiki Eteria (Society of Friends was a secret organization founded in 1814 in Odessa, whose purpose was to overthrow the Ottoman rule in Greece) had changed Petrombei Mavromichalis’ mind, who, until then, believed it was not the right time for the uprising.

On 17th March, Mani's rulers, with Petrombeys as their leader, raised the Revolution's flag in Chimova (Areopoli). From there, Kyriakoulis Mavromichalis and Giatrakos moved towards Mistras and Monemvasia, while Petrobeys and Kolokotronis, with 2000 men, moved towards Kalamata.

The revolted Greeks arrived outside Kalamata on March 22nd and occupied the surrounding hills. Their view was enough for the Aga of the city, called Arnautoglou, to realize what was happening. Kalamata was totally blocked by 2000 free Greeks who were ready to fight.

On the morning of March 23rd, the rebels entered the city. Elias Mavromichalis asked Arnautoglou to surrender, who eventually gave Kalamata and all Turkish armaments to them through a protocol.

At noon, the city citizens gathered at the Holy Apostles temple, where the banners of the revolution were blessed in a festive atmosphere. The first free-ground mass was attended by Theodoros Kolokotronis, Petrombeis Mavromichalis, Papaflessas and Nikitaras, who swore faith in the revolution at a time that marked the beginning of national rebirth.

Historical and Folklore Museum in Kalamata

Monastery of the Assumption of the Virgin (Sidiropetra)