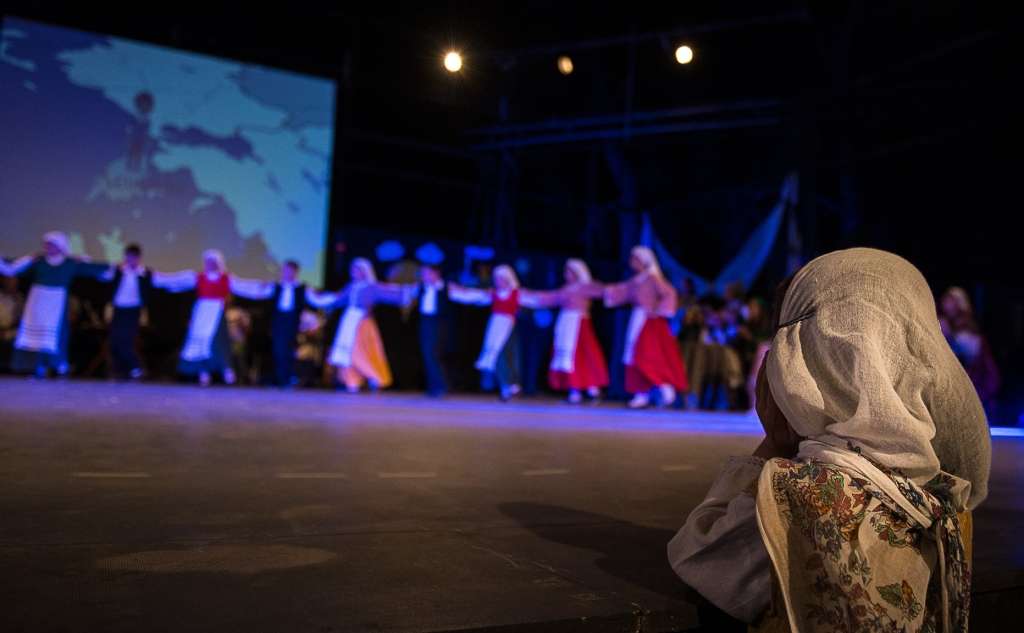 The Educational Association of Messinia was founded in 1976, and its headquarters are in Kalamata. It operates under an elected board of directors.

The axis of the association's activities revolves around the preservation and continuity of our popular culture through all its forms and mainly through the Greek music and dance tradition as a form of resistance to the modern mass culture industry.

In the years that have passed, the Educational Association has a wide range of hundreds of events-activities (lectures, musical evenings, excursions, music-dance-theatrical productions, concerts, visual arts exhibitions of folkloric material to its credit, highlighting and solving problems of Kalamata and Messenia in cooperation with the Local Government and other bodies).

The Educational Association must emphasise that it attaches particular importance to utilising endogenous potential. Its activities are based more on the local element with the aim of creating a cultural infrastructure.

Within the long-term activity of the Educational Association, the dance choir and theatre department performed numerous performances throughout Greece. For example, participation in the Lefkada international folklore festival, in the Thessaloniki, Patras and Isthmia Corinth festivals. Also, at the University of Piraeus, the Dora Stratos theatre, in N. Artaki, N. Kios, Karouta Amaliadas, etc. It has also given theatrical performances in towns of the prefecture of Messenia, in Alimos and theatres in Athens.

The Educational Association represented Kalamata and our country at international events and festivals in the best possible way.

The EDUCATIONAL ASSOCIATION OF MESSENIA, in the general context of its cultural activity and effort to save and spread the traditional dances of our country, created and still maintains from the first years of its operation classes for learning traditional Greek dances.

The purpose of creating and operating these departments, which are aimed at children from 5 years and older, teenagers and adults without age limit, is for people to come into contact and get to know our dance tradition and heritage. The knowledge and preservation of the past, the richness of melodies, rhythms, movements and various themes of our music and dance tradition, is a connecting link between modern life and today's man.

The departments maintained by the EDUCATIONAL ASSOCIATION OF MESSINIA are:

Approximately 800-850 students of all ages attend these classes every year. The purpose and ambition of the Association are to have as many people as possible, regardless of level and have them participate in any of its events and performances.

The lessons are held in the Association's hall.

Theatre
The theatre group "Okytopo" was created in 2004 in Kalamata by actors, teachers and people who had a passion for theatre. After theatrical performances, seminars, workshops and continuous experiential education, it remained a fundamental core. Later it was strengthened with artists from Athens as a consequence of their decentralisation from the Athenian suffocating theatre environment.

Today it consists of professional, experienced and amateur actors and actresses and is under the Educational Association of Messenia umbrella, combining experience with experimentation. Its purpose is a new theatrical education with new proposals, with a more complete artistic and cognitive horizon. Elements of other arts and knowledge frame the theatrical art giving the "co-movement" and aiming at liberating purification and spiritual upliftment. In this way, the theatre stage meets the inner and outer stages of ourselves and the world. The theatrical art becomes a means of interconnection and exploration, where the random and the fatal give way to conscious awareness and understanding.

A prominent feature created through the development of the group is the presentation of plays by new authors that have never been performed in Greece. These works are staged first in Kalamata and then in Athens and other cities.

Music
Through the Educational Association, "bands" have sprung up composed of local "Musicians" who preserve the local musical colour of our tradition. A local band is always ready at the club to offer their services when requested.
Also, from time to time, the club collaborates with well-known artists and groups from all parts of Greece.
It organises musical evenings with folk, traditional and rebetika songs and supports the cultural events of the prefecture with new collaborations and performances.

Choir
The Association's involvement with dancing over the years has raised the need for the association's members to learn to sing like our ancestors since singing and dancing have always been an integral part of our cultural heritage.

The mixed choir of the EDUCATIONAL ASSOCIATION OF MESSENIA was founded in 1996 in an effort for the members and dancers to get to know the traditional songs of our country, to become bearers of our singing tradition as well as to accompany any performances and other events of the Association, either in collaboration with the dance groups or independently.

Theatrical game
Drama play is an entertaining and educational method. It is a means of communication and cultivation of human relations.

Through theatre play, children get to know the world and discover aspects of life they did not know.
They develop their sociability, creativity, sense of responsibility, cooperation and initiative.
They practice observing, seeing, and understanding.
They fight timidity, build their self-confidence, and gain control over their bodies and emotions.
They have fun while, at the same time, enhancing aesthetic cultivation, language development and achieving mental relaxation.
Playgroups start with children from 5 to 12 years old.

There are also drama groups for teenagers and adults from time to time.

Chess
Chess, as a board game and intellectual sport, is one of the most famous games in the world. It is a creative occupation that gives the pleasure of participation and develops the ability to communicate. With chess, children understand and evaluate the reality around them and learn to take on responsibilities. It is a game of decisions, strategy and tactics. It exercises children's thinking to a great extent, teaches them to "fight well", contributes to their character formation and helps them use their intelligence for creative purposes. Chess teams start with children from 5 to 12 years old.