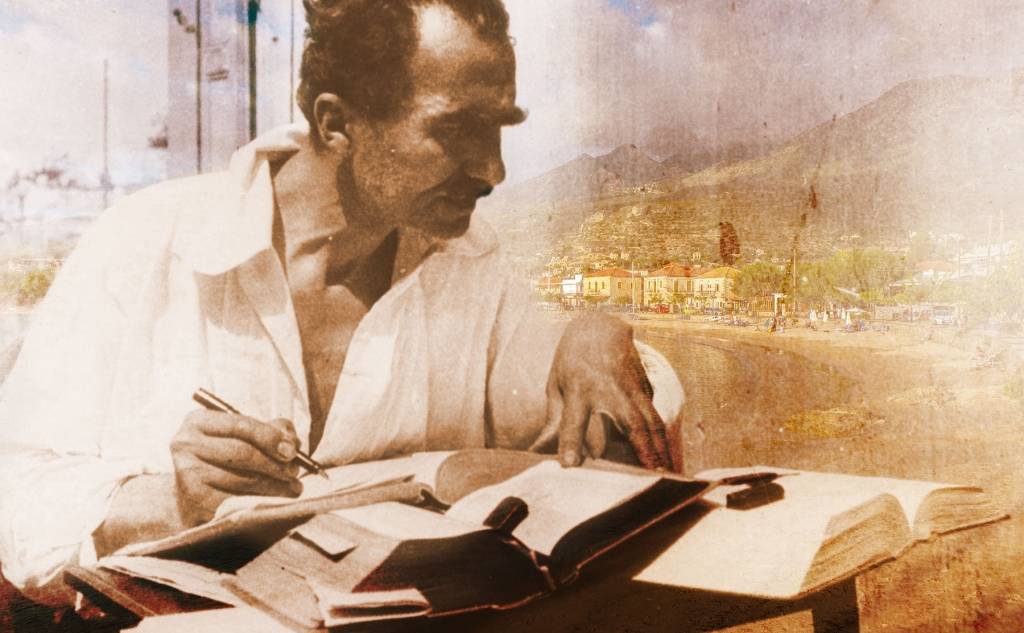 In the mid of the second decade of 1900, between Stoupa and Neo Proastio, Nikos Kazantzakis bought the lignite mine of Prastova and appointed as a foreman Giorgos Zorbas. Their acquaintance and friendship had such an impact on the great Greek author that he wrote the well-known novel, its main character being the “immortal Greek” of texistential worries, by the name of “Alexis”.

During that period the enchanting beachfront of Kalogria was the favorite resting place of Kazantzakis. In the northern part of the beach he had his small house, while on the southern cape he used to find shelter in a cave, (today known as “Kazantzakis’ cave”). There, he actually wrote most of his novel entitled as “Zorba the Greek”.

Above the bay, on the edge of the road, you shall find his bust, while, before entering the village, on the left side of the road there is the abandoned lignite mine of Prastova.

The Tombs of Dioskouroi